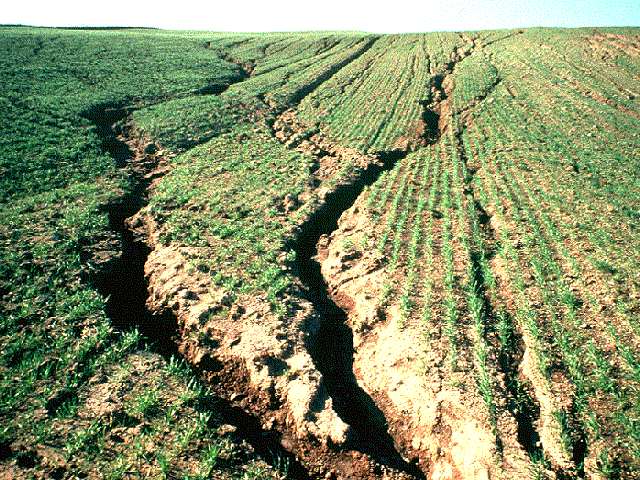 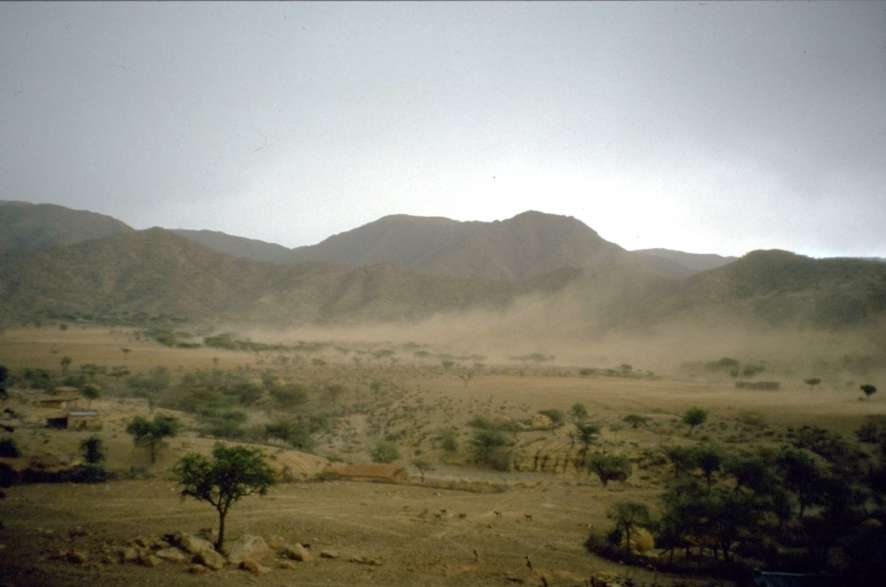 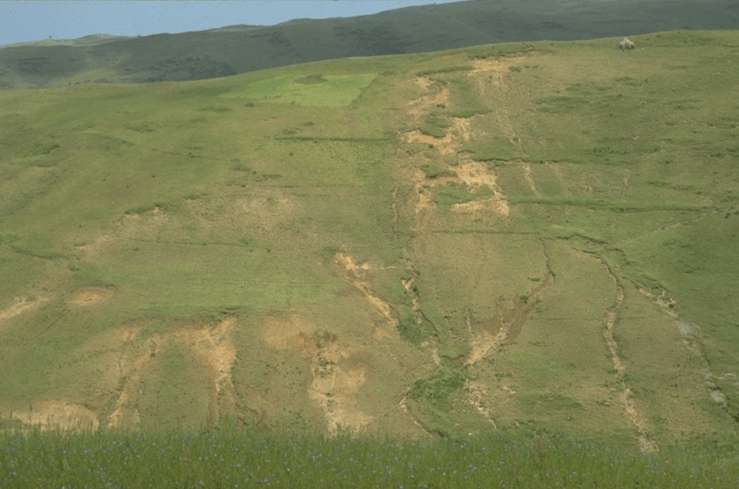 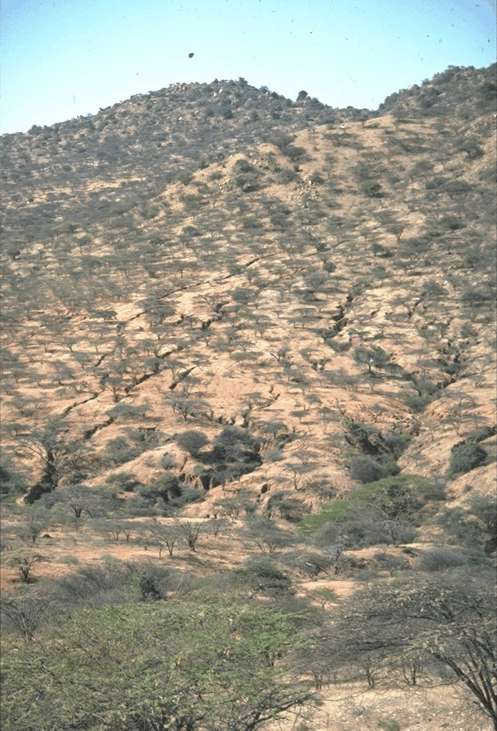 Description: This datasheet describes shortly the main types, properties and causes of soil degradation and gives an overview of possible countermeasures.

Soil erosion describes the process of soil particles carried away by water or wind. Soil erosion can lead to unproductivity of the respective soil and, thus, render the soil unusable for agricultural production. Erosion is strongly related to human activity.

The rate and magnitude of soil erosion by water is controlled by the following factors (www.omafra.gov.on.ca):

The rate and magnitude of soil erosion by wind is controlled by the following factors (www.omafra.gov.on.ca):

Chemical deterioration involves loss of nutrients or organic matter, salinisation, acidification, soil pollution, and fertility decline. The removal of nutrients reduces the capacity of soils to support plant growth and crop production and causes acidification. In arid and semi-arid areas problems due to accumulation of salts can arise, which impedes the entry of water in plant roots. Soil toxicity can be brought about in a number of ways, but typical examples are from municipal or industrial wastes, oil spills, the excessive use of fertilizer, herbicides and insecticides, or the release of radioactive materials and acidification by airborne pollutants. While soil toxicity may be a relatively minor problem at present in Africa, it is likely to become of increasing importance in future years (Land and Plant Nutrition Management Service, 2002).

Physical deterioration involves soil crusting, sealing and compaction and can be caused by several factors like compaction through heavy machines or animals. It occurs in all continents, under nearly all climates and soil physical conditions. Soil crusting and compaction tend to increase runoff, decrease the infiltration of water into the soil, prevent or inhibit plant growth and leave the surface bare and subject to other forms of degradation. Severe crusting of the soil surface because of breakdown of soil aggregates can inhibit water entry into the soil and prevent seedling emergence (Land and Plant Nutrition Management Service, 2002).

Certain conservation measures can reduce soil erosion. Soil / land management practices such as tillage and cropping practices, directly affect the overall soil erosion problem and solutions on a farm. When crop rotations or changing tillage practices are not enough to control erosion on a field, a combination of measures might be necessary. For example, contour plowing, strip cropping, or terracing may be considered.

For more examples and description of the conservation measures refer to coming sections.