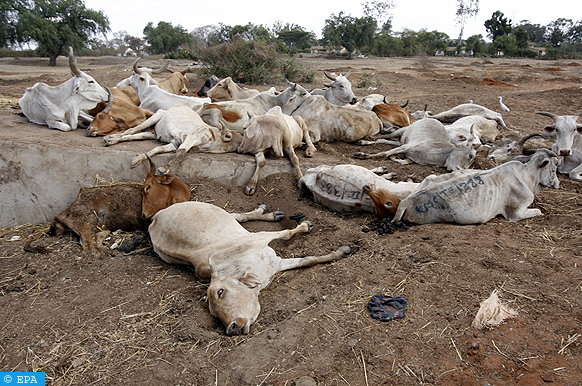 What is Climate Change?

Climate change is any long-term alteration in average weather patterns, either globally or regionally. Recently climate change has come to mean the general rise in global atmospheric temperatures from the mid-20th century to the present. This has brought about drastic effects on weather patterns, particularly around the tropics. What used to be predictable weather has become unpredictable and by large margins. From extended droughts such as those experienced in Australia to unusually high rainfall and excessively charged tropical storms in unexpected places (Cyclone Idai - Zimbabwe & Mozambique). It is a fact that climate and the rapidly changing weather patterns are affecting everyone globally but Africa is disproportionately affected. This combined with low adaptive capacities, high population growth and multiple converging stressors (high unemployment rates and poverty levels, weak government supported social systems) leads to undue suffering on the people.

What is Causing Climate Change?

Climate change occurs naturally as part of the earth cycle of heating and cooling, this process took thousands of years before any notable weather change could be observed. The recent acceleration of climate change has been attributed to human actions by scientists (IPCC). After more than one and a half centuries of industrialisation, deforestation and large scale agriculture levels of climate critical greenhouse gases (GHG) in the atmosphere have risen to record highs1.

The industrial activities that our modern civilization depends upon have raised atmospheric carbon dioxide levels from 280 parts per million to 412 parts per million in the last 150 years. This has had the impact of rising global temperatures and unpredictable weather patterns/ climate change. Based on the alerting findings by the scientists of the Intergovernmental Panel on Climate Change (IPCC) the international community has recognized that this increase must be stabilized now and lowered in the next decade to avoid dangerous levels climate change. In the UNFCCC Paris Agreement UN member countries pledged country specific emission reduction measures to keep rising temperatures well below 2deg. However current emission pathways indicate a clear trend of a continued increase instead of decrease in global emissions.

What are the Effects of Climate Change

Climate change affects all life on earth. Africa has been shown to be disproportionately affected by climate change since most of the continents land mass lies within the tropics. The impacts of climate change are far reaching, multifaceted and innumerable. They affect ecosystems, societies and economies in profound ways. The following categorizations attempts to simplify the concepts based on abiotic and biotic factors, but they should not be used as the sole basis for categorizing climate change impacts;

1.      Impact on physical systems, which include;

The impact of climate change on human beings is becoming increasingly evident, typically as a consequence of the impact on the physical and biological environment described above. Globally underdeveloped and developing economies (which most countries in Sub Saharan Africa fall under) suffer most the brunt of climate change, mainly due to low climate resilience. Climate resilience is the ability to anticipate, prepare for, and respond to hazardous events, trends, or disturbances related to climate. Most of the climate impact on human beings includes but is not limited to;

Energy is defined as the ability to do work. Modern civilisation is possible because people learned how to change energy from one form to another and are increasingly becoming more innovative with these transitions. There are many different forms of energy such as heat, light, motion/ mechanical, electrical, chemical, gravitational, atomic, sound and so on. Each energy form can be converted into other forms. The various forms of energy can be grouped into two general types, which are Kinetic Energy / working energy and Potential Energy / stored energy.

Renewable energy sources on the other hand, are naturally replenishing but flow-limited; renewable resources are virtually inexhaustible in duration but limited in the amount of energy that is available per unit of time 9.

Sustainable energy is the provision of energy such that it meets the needs of today without compromising the ability of future generations to meet their own needs. Sustainable Energy has three key components; renewable energy , energy efficiency 10 and energy use avoidance. Renewable energy as defined earlier, generally applies to those energy resources and technologies whose common characteristic is that they are non-depletable or naturally replenishable 11. Some major sources of renewable energy include; Biomass (Wood and wood waste, Municipal solid waste, Landfill gas and biogas, Ethanol, Biodiesel), Hydropower, Geothermal, Wind and Solar. Energy efficiency, is the goal to reduce the amount of energy required to provide products and services. A good example of energy efficiency is designing a house which incorporates as much natural lighting as possible while relying less on electricity. Avoidance typically related to use energy only when it is needed, such as switching off lights when nobody is in the room.

As highlighted in the previous chapter, Climate change and energy are intertwined. We can minimize human contribution to climate change through sustainable energy as a way of reducing carbon emissions. This is through reducing quantity of energy consumed (efficiency & avoidance) and increasing the share of renewable energy sources. Some practices to achieve this include;

If interrogated closely there are multiple areas in our lives that we can change to reduce individual and collective carbon footprints. All of these make climate change mitigation a multifaceted concept, which involves macro and micro economic levels of intervention.

From the individual level we are able to impact climate change through the illustrated sustainable energy practices, the main point to understand is that it is never too late to start. As Nobel Peace Laurette Professor Wangari Maathai once spelled out the story of the hummingbird and the huge forest fire, a little effort goes a long way.