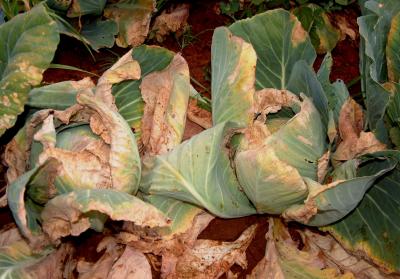 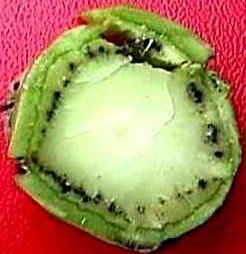 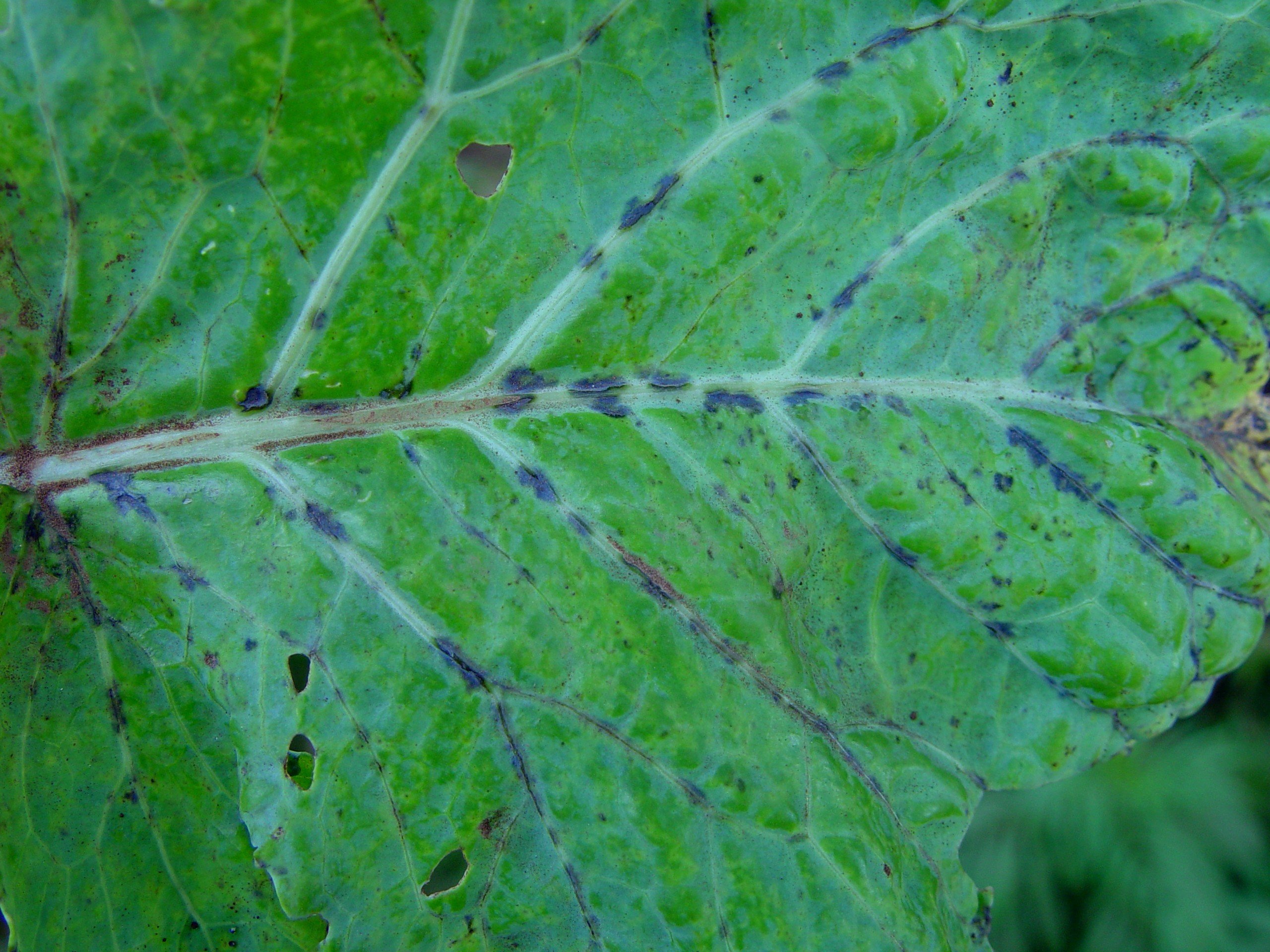 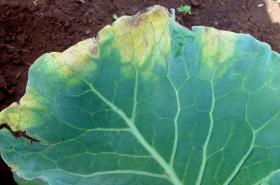 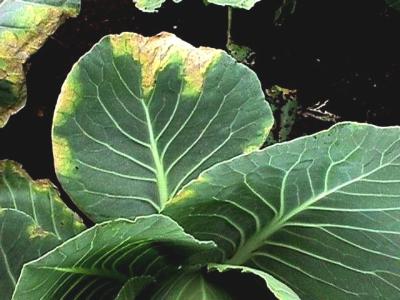 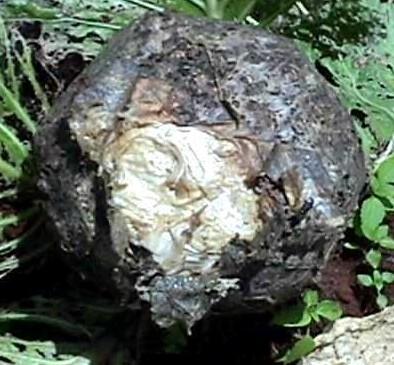 The pathogen that causes black rot is widely distributed in Africa, Asia, Australia and Oceania, Europe, North America, Central America, the West Indies and South America. Black rot is endemic in Africa. It is the most important disease of brassicas in Kenya, Zambia and Zimbabwe (CABI, 2005).

Black rot affects cabbage and related crops (brassicas, mustard & radish) worldwide and is caused by the bacterium Xanthomonas campestris pv. campestris. Black rot is one of the most serious cabbage / kale diseases in warm climates. Diseased plants may rot quickly before or after harvest because of secondary infection from bacterial soft-rot.
Soft-rot bacteria may invade heads of black-rot-infected plants, causing tissue to become slimy and foul-smelling. The black rot bacterium can over-season on infected cabbage seeds, in weeds belonging to the Brassica family (including: black mustard, field mustard, wild turnip, wild radish, shepherd's purse, and pepper weed); or in infected plant material in the soil. The bacterium can persist in plant residue for 1-2 years or as long as the plant debris remains intact.

In Kenya, black rot is endemic and the cause of much damage (Onsando, 1988, 1992). The disease is considered of intermediate economic importance in Mozambique (Plumb-Dhindsa and Mondjane, 1984). Black rot is widespread in Zimbabwe where it is considered the most important disease of brassicas (Mguni, 1987, 1995).

Black rot is a pathogen of most cultivated cruciferous plants and weeds. Cauliflower and cabbage are the most readily affected hosts in the crucifers, although kale is almost equally susceptible. Broccoli and Brussels sprouts have intermediate resistance and radish is quite resistant, but not to all strains. Kohlrabi, Chinese cabbage, rutabaga, turnip, collard, rape, jointed charlock (Raphanus raphanistrum) and mustard are also susceptible hosts.

The plant can be infected at any time during its life cycle. On young seedlings a yellowing appears along the margin of the cotyledons, which later shrivels and drops off. On the margins of mature leaves, similar yellowing appears. Initially, a small V-shaped area develops, but as the diseased area enlarges, the veins become distinctly black. In contrast to Fusarium yellows the veins are brownish in colour. The affected stem, when cut crosswise, shows a characteristic black ring. In later stages the entire head may turn black and soft due to secondary infection by soft rot bacteria (Erwinia carotovora var.carotovora).

Biology and Ecology of Black Rot

The bacteria survive in infected seed, in debris from diseased plants left in the field and in infested soil. Seed-borne bacteria can be disseminated long distances. Many cruciferous weeds can harbour the black-rot bacteria. In a new field, black rot is usually introduced via infected seed or diseased transplants.

Further spread is facilitated by water-splash, running water, and handling infected plants. The bacteria enter the plant mainly through water pores at the edges of leaves. They can also enter through the root system and wounds made by chewing insects. They then move through the water vessels to the stem and the head. Black rot is favoured by warm (26-30degC) wet conditions.

Further below you find concrete preventive and curative methods against Black rot.