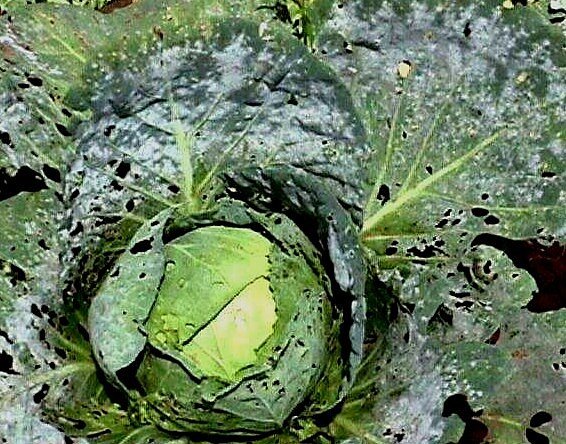 Powdery mildew on a cabbage plant 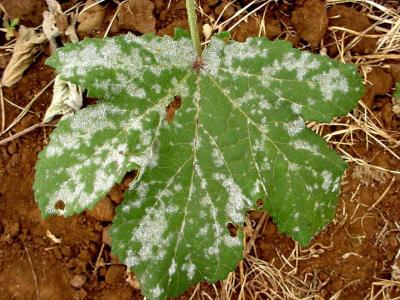 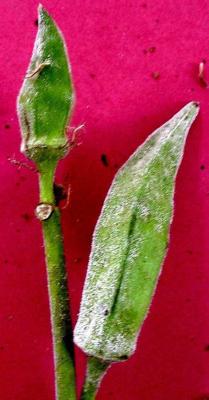 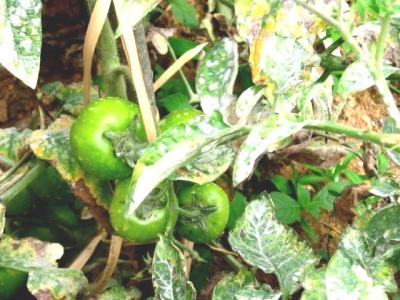 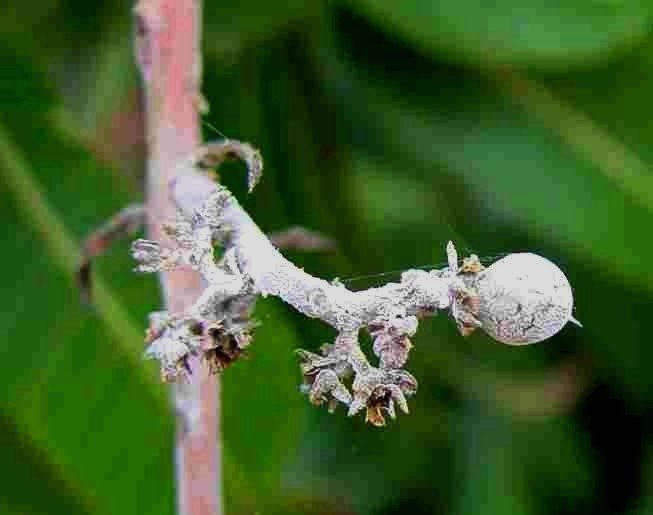 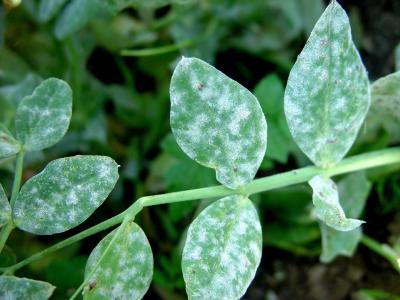 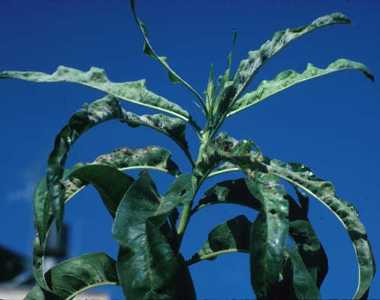 Infected leaves curl and become distorted. Diseased flowers fail to open and drop from the panicle without fruit forming. Mildew causes skin cracking on fruits that have started to form. The diseased fruit drops. Infected seedlings will eventually die. Mature leaves and fruit are not susceptible to mildew.

Genera of powdery mildew fungi and their host plants:

Even though there are several types of powdery mildew fungi, they all produce similar symptoms on plant parts. Powdery mildews are characterised by spots or patches of white to greyish, talcum-powder-like growth. Tiny, pinhead-sized, spherical fruiting structures that are first white, later yellow-brown and finally black may be present singly or in a group. These are the cleistothecia or over-seasoning bodies of the fungus.

The disease is most commonly observed on the upper sides of the leaves. It also affects the lower sides of leaves, young stems, buds, flowers and young fruit. Infected leaves may become distorted, turn yellow with small patches of green, and fall prematurely. Infected buds may fail to open.

The white powdery growth consists of large numbers of fungal spores, which are spread by wind. The disease can spread very rapidly. It is more prevalent in dry weather when humidity is high and nights are cool. The fungus survives from season to season in dormant buds. The flowering is the most critical stage for infection.

The severity of the disease depends on many factors: variety of the host plant, age and condition of the plant, and weather conditions during the growing season.

Powdery mildews are severe in warm, dry climates. This is because the fungus does not need the presence of water on the leaf surface for infection to occur. However, the relative humidity of the air needs to be high for spore germination. Therefore, the disease is common in crowded plantings where air circulation is poor and in damp, shaded areas. Incidence of infection increases as relative humidity rises to 90%, but it does not occur when leaf surfaces are wet (e.g. in a rain shower). Young, succulent growth usually is more susceptible than older plant tissues.

Further below you find concrete preventive and curative methods against Powdery mildew.

Once the disease becomes a problem:

Sprays of powdered kelp, potassium bicarbonate or sulphur based products will often control the disease.