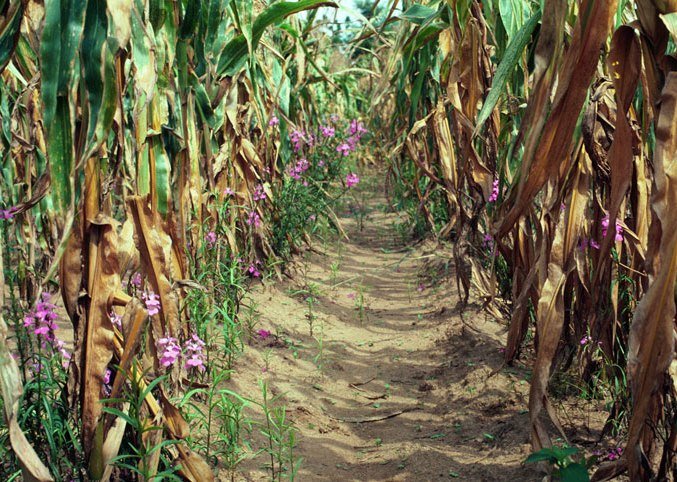 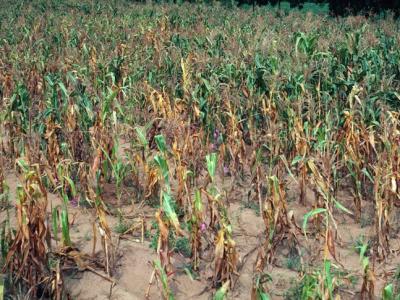 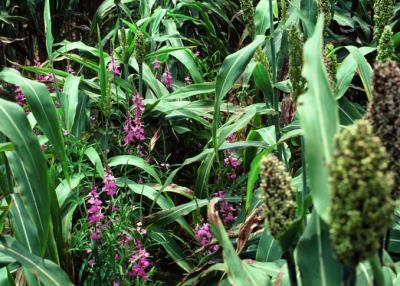 The purple witchweed Striga hermonthica threatens the lives of over 100 million people in Africa and infest about 40% of arable land in the savanna region, causing an estimated annual loss of $ 7 to 13 billion (www.icipe.org). It is almost certainly responsible for more crop loss in Africa than any other individual weed species. Over 5 million ha of crops - mainly sorghum, millets and maize - are affected in six countries of West Africa alone, possibly 10 million ha in Africa as a whole. One plant of S. hermonthica per host plant is estimated to cause approximately 5% loss of yield (Parker and Riches, 1993) and high infestations can cause total crop failure. Overall yield losses are estimated at 21% of all sorghum in northern Ghana, 10% of all cereals in Nigeria, 8% in Gambia and 6% in Benin. Other countries seriously affected include Cameroon, Cote d'Ivoire, Burkina Faso, Niger, Mali, Senegal, Togo, Sudan, Ethiopia, Kenya, Uganda and Tanzania.

The damaging effect of S. hermonthica on the host plant derives not only from the direct loss of water, minerals, nitrogen and carbohydrate, but from a disturbance of the host photosynthetic efficiency and a profound change in the root/shoot balance of the host, leading to stimulation of the root system and stunting of the shoot. Young Striga seedlings are completely parasitic on the host while they are below the soil level and, at this stage, cause maximum damage to the host.

As S. hermonthica occurs mainly under conditions of low fertility. It is also associated with farming systems in Africa in which farmers have few resources and very few options in terms of control measures.

S. hermonthica causes characteristic yellowish blotches in the foliage about 1 cm long by 0.5 cm wide. In later stages whole leaves may wilt, become chlorotic and die. Stems are shortened, though leaf number may not be reduced. Inflorescence development is delayed or prevented. Root systems, at least in early stages, may be stimulated, and haustoria 1-2 mm across appear like nodules.

The natural host range of S. hermonthica is normally limited to Gramineae (Poaceae), but weak attachment to groundnut, cowpea, lablab and soyabean was obtained in pots and there have been unconfirmed reports of infestation of groundnut and sesamum fields in West Africa. Apart from the wild hosts listed above, S. hermonthica is occasionally observed on crowfoot grass (Dactyloctenium aegyptium), Panicum walense, goose grass (Eleusine indica), rice grass paspalum (Paspalum scrobiculatum), Pennisetum violaceum and on Cynodon, Cymbopogon, Ophiuros and Brachiaria spp. Individual biotypes may have a narrower host range than the species. In particular, there are forms which attack sorghum but not pearl millet and vice versa.

Biology and Ecology of Purple Witchweed

The biology and ecology of S. hermonthica are described in detail by Parker and Riches (1993). It is an obligate hemi-parasite, with green foliage capable of photosynthesis and can at least partially support its own growth once established. Its minute seeds (about 0.2 x 0.3 mm) have inadequate reserves to establish without a host. Seeds are produced in enormous numbers and they are generally dispersed by wind, water, livestock and man.

Relatively high temperatures, 30-35degC, are optimal for germination and for growth. Dry conditions of soil and air are most favourable, and S. hermonthica rarely occurs in irrigated cereals, though wet conditions can be tolerated for short periods. Neither soil type nor pH is critical for its growth - S. hermonthica occurs on almost all soil types from sandy acidic to alkaline clay soils, as in Sudan.

S. hermonthica, as most other Striga species, is associated with low-fertility soils, especially those low in nitrogen. Unlike Striga asiatica it occurs not only on light, sandy soils but also on heavy clays and even on vertisols. It is also favoured by low soil moisture, and rarely occurs on irrigated soils, but can tolerate abundant moisture for short periods. It is a plant of African savanna, almost invariably associated with cereal cropping and relatively uncommon in natural vegetation.

S. hermonthica is a herbaceous annual plant 30-100 cm high, the most robust forms occurring in Sudan and Ethiopia. Larger plants may be much branched. The root system is weak with little or no ability to absorb materials from the soil, but branches develop from lower nodes of the plant, ramifying and developing attachments on contact with other host roots.

Further below you find concrete preventive and curative methods against Purple witchweed.

Infestation of a cereal crop by S. hermonthica may be apparent before emergence from the soil, by the chlorotic blotches on the crop foliage. Uprooting may confirm the presence of the haustoria and young parasite seedlings on the root.

No completely immune cereal varieties have yet been developed, but many sorghum varieties show high levels of resistance, at least under local conditions. Selection and breeding programmes in India and Africa have led to the development and release of many lines with at least reduced susceptibility, and these may be valuable as components of an integrated control approach. However, traditional varieties in Striga-infested areas often show relatively high tolerance, and these may yield well in spite of heavy infestation. Identified resistant cultivars of sorghum include 'N-13' from India, 'Framida' from South Africa, 'Serena', 'SAR 29' from Tanzania. Among millets the following cultivars are considered resistant in Tanzania: 'Buruma', 'Shibe', 'Okoa' and 'Serere 17'.

In maize there are no effectively resistant varieties, though some show partial resistance, such as 'Katumani' in Kenya, and some more tolerant lines have been developed by the International Institute for Tropical Agriculture. Work is now in progress to transfer high-level resistance into maize from wild relatives including Zea diploperennis.
Little progress has been possible with the out-crossing pearl millet, but there are promising results from work in progress to select and develop rice varieties with resistance to Striga species.

Characteristics/weaknesses in S. hermonthica which may be exploited in cultural control measures include the following:

None of the methods described above will, alone, provide complete control, and without complete control there is the certainty that surviving Strigaplants will mature and replenish the soil seed bank. It is therefore essential that manual and mechanical methods are used to destroy surviving Strigaplants. Hand-pulling is the most common traditional technique, though a late hoeing or ridging may also be effective.

The reduction in seed production from gall-forming Smicronyx spp. is often substantial, but there has been no successful development of a biological control programme based on these weevils. Attempts to introduce Smicronyx albovariegatus (and the moth Eulocastra argentisparsa) from India into Ethiopia apparently failed. Meanwhile, conclusions from a mathematical modelling project have suggested that Simicronyx spp. would in any case be unlikely to have a significant impact on Striga population dynamics.

Other potentially useful organisms for Striga management include the following: a) the butterfly Precis (=Junonia) species whose larvae feed on leaves, buds and capsules of many Striga species and b) a range of fungal diseases including Fusarium equiseti that causes girdling of the stem, abortion of seed capsules or wilting and death of young Striga plants.

As virtually none of the treatments described above is likely to achieve complete control, integration of one or more is essential for any substantial reduction of the problem. Furthermore, such integrated treatments will almost certainly need to be repeated over a number of years for long-term control. Parker and Riches (1993) propose a range of programmes depending on the initial density of the problem, involving various combinations of rotation, varietal selection, soil fertility enhancement and intercropping with legumes, supplemented in all cases by hand-pulling.