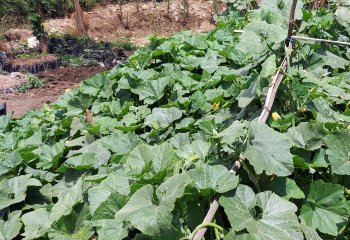 But that's not all. Inhumane living standards in factory farms are a source of constant suffering for the land animals represented in this article. For them, slaughter may only bring a brutal end to a short, painful life. The fate of marine animals caught in trawlers is no less brutal, often being suffocated or crushed slowly over several hours before dying.

Despite these arguments, most people do not consider the death of a non-human animal to be as important as the death of a human. At the same time, it is commonplace to mourn the death of a pet, yet gladly pay to eat the bodies of other animals. This species-based discrimination - where some individuals are considered more valuable than others merely because of their species membership - is known as speciesism.

The distinction between farm animals and pets shows that our society is deeply speciesist. However, upon reflection, it is not clear why we should consider species membership to be ethically relevant at all. Why should it matter whether a being has two, three or four legs, or whether she has a mouth, a snout or a beak? With what right do we deny the pig her right to bodily integrity? Does she look the "wrong" way, does she have the "wrong" number of legs or the "wrong" DNA? This cannot seriously be our position.

Does it not make sense to count equal interests equally, or that suffering is suffering no matter the species-membership of the victim? If we endorse this intuitive principle, then speciesism is, as a form of discrimination, ethically analogous to racism and sexism. In light of the huge number of non-human animals on earth and all the horrible conditions that most of them are subjected to, it is hard to imagine another insight that carries more weight and greater relevance than the insight behind the rejection of speciesism.

"The question is not, Can they reason? nor, Can they talk? but, Can they suffer?"
- Jeremy Bentham

Sentience - the capacity to feel and experience subjectively, a trait which science agrees is shared by most animals - seems to be a more objective measure of moral value. For virtually any sentient individual, one of the most important things is to avoid suffering and death for itself. If we accept that ethics should be impartial, we therefore have a moral obligation to reduce suffering in sentient beings to the greatest extent possible.

Removing meat products from our diets would not only save up to 8 million humans, it would also prevent the deaths of up to hundreds of trillions of other sentient beings. Reducing our civilization's meat intake is thus a matter of extreme moral urgency. The good news? We can all contribute to this much-needed change and thereby spare numerous sentient beings from severe suffering. While personally choosing to eat less or no meat is a suitable starting point, supporting political work and donating to effective organizations might be even more effective.

Unfortunately, it seems unlikely that we can convince the entire human population to adopt a vegetarian or vegan diet. Thus, we might need the help of cultured meat and other creative solutions to tackle this global issue.